tl;dr; As Linux user, do yourself a favor and consider the Samsung C480W printer.

Update: When scanning after Ubuntu upgrade does not work

It served me well over all these years, both with Windows and Ubuntu Linux. But, getting tired of replacing empty or clogged ink cartridges all too often I considered buying a laser printer. I chose the Samsung Xpress C480W A4 Color Laser Printer.

Installing a printer on Linux – a nightmare. Or is it?

Not with this one, I can say. The “Easy printer installation” does not promise too much. Here’s what it took me:

Done. Feel the relief and joy of printing and scanning using your favorite OS.

Here’s how my first test page looks – scanned with the same printer again. 🙂

Update: When scanning after Ubuntu upgrade does not work

Apparently some configurations did not make it through the Ubuntu upgrade.

For Ubuntu 16.04, my solution was to simply uninstall and reinstall the driver using the official driver package mentioned above:

For Ubuntu 18.04.1, and Ubuntu 20.04.1, it required to create a symlink to libsane-smfp.so.1 (wiki.ubuntuusers.de has more details). With the link, the libsane-smfp is made known to SANE. SANE itself should already be present, which is ensured by the the installer package.

For me, also the installation of some USB library was necessary, according to the same source above, even when used over the network: 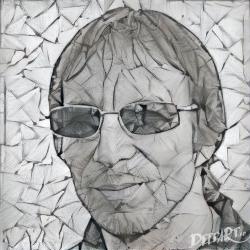 My name is Marcel and this is where I write about stuff that piqued my curiosity.

E-mail me directly at marcel@qrys.ch.